Music of Spain is dedicated to inspiring an appreciation and understanding of the music and culture of Spain, with particular emphasis on the region known as Andalucía.

Andalucía derives its name from the Arabic al-Andalus, a name that once designated the entire Iberian Peninsula. This region has been a melting pot of cultures for millenia. From the earliest Greeks and Phonecians to the Gaels, Arabs and Hebrews, Andalucía has been a prime example of convivencia, the art of many cultures living and learning together while building a unique culture known around the world for its energy, creativity and passion.

Through our performances, cultural enrichment workshops, recordings and musical instruction, Music of Spain brings to you the fiery passion of the flamenco arts and the deep, devotional melancholy of the Sephardic tradition.

Music is our gateway to appreciating these Andalusian traditions. We invite you to travel with us through these centuries of music. 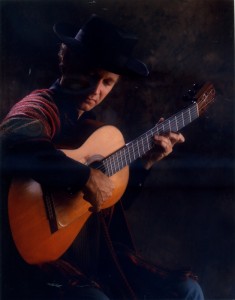 Performer, composer and music educator,  Juan De la Sierra has delighted audiences in Europe,  the Caribbean, the United States and Asia for over four decades with his unique blend of  flamenco,  Middle Eastern, and traditional Spanish music, as well as with his original works.

As a child he was trained as a classical pianist.   In 1966, while living in Sevilla, he became a disciple of the world-renowned flamenco concert guitarist José “Pepe” Martinez.  He continued to study with this maestro for eight years. During this time, Juan became fascinated with the Judeo-Arabic cultures that dominated that region of Spain for 700 years.  This fascination led him to study Arabic and Sephardic music, language, and literature, and led to the broadening of his expertise to include the Middle Eastern flute (nay).
Juan has released two albums dedicated to the flamenco and Spanish classical guitar: ¡España! and Clásico. His original compositions are featured on another album, Duets for Sea and Guitar. In 1992, Juan collaborated with lyric soprano Cricket Greer in the publication of Así canta el pueblo (The Voice of the People) which includes recordings, scores and historical details of songs of Spain from the Middle Ages through modern times.
A life-long educator, Dr. De la Sierra holds a Ph.D. in French Literature and Applied Linguistics from Columbia University (New York).  He has taught both music and language in universities in Europe and the Americas since 1968, including Marlboro College (Vermont) and the University of the Virgin Islands (St. Thomas).  He is founder and president of Music of Spain.